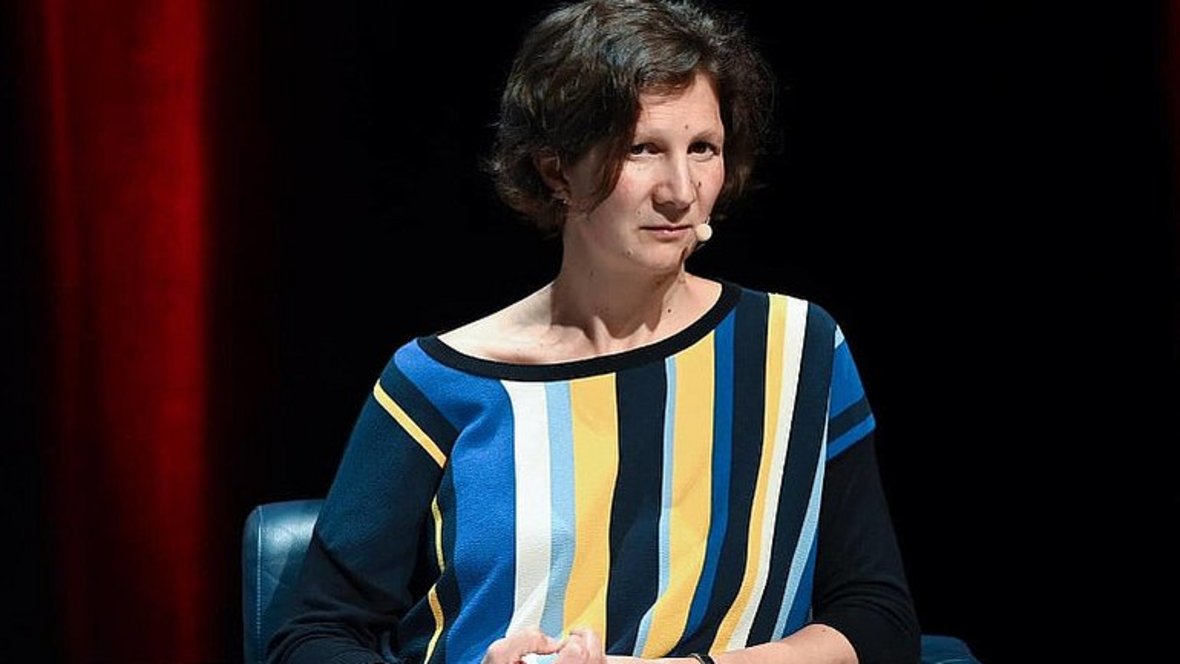 In Europe, the end of the Second World War is celebrated on 8 May 1945. Yet this world war started by Nazi Germany did not come to an end until 2 September, with the surrender of Japan in Asia.

Large parts of Europe lay in ruins. What was a new beginning to look like? The challenges were not only economic. How could trust ever be restored after Germany’s violation of civilised values?

What are the historical experiences that unite or continue to divide our societies today? In which areas is a reflection on history and joint commemoration of the war dead building trust and understanding between partners? What are the values and goals to which we feel jointly committed?  These questions were discussed within the “Cultures of Remembrance” framework by Professor Sonja Kmec, historian and associate professor at the University of Luxembourg, Jennifer Roman, superintendent of the American Battle Monuments Commission in Luxembourg, Craig Ferguson of the American embassy in Luxembourg, Dr. Heinrich Kreft, former German ambassador and lecturer at Andrássy University in Budapest and Brigadier General (rtd.) Dirk Backen, a Volksbund departmental director and former defence attaché in Washington.

The discussion was chaired by Bernd Kleinheyer, a lecturer at the University of Applied Science Bielefeld.

Chair Bernd Kleinheyer opened the discussion with a historical retrospective and emphasised the value of the transatlantic friendship within the context of European history. But there are different ways of remembering history.

For this reason he asked the panellists for their assessment of what the important cultural elements in the encounter are. Sonja Kmec observed that “... peace, a joint commitment to peace and to peace-building are very important but are not all that’s important...”. She recalled the – in part – vehement reactions to Richard von Weizsäcker’s speech on 8 May 1985. Weizsäcker was criticised for describing Germany’s surrender as a liberation. Peace is also, continued Ms. Kmec, when former foes are able to hold hands over graves, as did Kohl and Mitterrand in Verdun in 1984. She also, however, recalled the controversial discussion a year later concerning the visit of Kohl and President of the United States Ronald Reagan to the military cemetery in Bitburg, where members of the Waffen-SS are buried, and asked: “Who is deserving of peace?”

Jennifer Roman, superintendent of the American Battle Monuments Commission in Luxembourg, spoke of the visitors to the American military cemeteries. “Still to this day we have people who lost their loved ones in the wars. We bring them to the cemeteries, to those who sacrificed themselves for peace. We receive tens of thousands of visitors a year from all over the world. We also want to tell stories and the history there, and for this our organisation has put in place the corresponding education programmes. But the focus of the visitors is to honour and remember.”

Craig Ferguson, public affairs officer of the US embassy in Luxembourg, is moved by the image of peace-building and emphasises the need to learn from history: “The horrors of war should never be repeated!”

Heinrich Kreft, Germany’s former ambassador to Luxembourg, looked at the special role played by Luxembourg: “Luxembourg experienced the bloodiest of battles. And at the same time, I’ve been present when American, German and Luxembourgish veterans have met, and these were highly emotional encounters. (...) And that Luxembourg of all countries, the first victim of the German military machinery, was also the first to rebuild relationships, that makes it stand out. As small as it is, it is a founding member of many European organisations.” Kreft, who, following his time as ambassador in Luxembourg today teaches at Budapest University, adds: “I took many lessons with me from Luxembourg to eastern Europe.”.

A member of the audience asked whether the peace movement of the 1980s could also be seen as a response to war and above all the deployment of American rockets in Germany. This was answered by Dirk Backen, former defence attaché in Washington and currently a departmental director with the Volksbund: “As a young soldier in the Cold War, I was to some extent standing on the other side of the barracks fence at the peace demonstrations.” But as a soldier, I saw myself as the most committed of all to peace by what I was doing. Because soldiers know what war means and I know hardly anyone who yearned for combat.”

However, Backen referred specifically to the different situations and prospects of the former opponents and present-day partners: “The German soldiers returned to the devastated German cities after 1945 as the defeated, as losers.” They were not greeted by young girls with flowers. The Americans fought on in Asia. In 1941 the attack on Pearl Harbour came as a total surprise to them – now they were fighting on several fronts in Europe and Asia. But after their battles, in which they suffered heavy losses but were victorious, they returned home as heroes. They had defended not only their country, but freedom.”

It’s not easy to say what the future outlook is, but Sonja Kmec at least came up with a fitting closing statement: History is not a smooth-running river. History is open-ended.

Within the alliance of victorious powers, the USA played a decisive role not only in the liberation from the National Socialist occupation but also in reconstruction and in Germany’s reconciliation with its neighbours. They helped (West) Germany to defend and consolidate its hard-won freedom after the war. And they encouraged Germany’s Western European neighbours to grab hold of the integration process with the Germans. This created a basis for the reconciliation of the wartime enemies, which has manifested itself over the last few decades in joint remembrance. In this way the Volksbund motto “Reconciliation over the graves” has become a reality.

An event of the Volksbund Deutsche Kriegsgräberfürsorge e.V. and Institut Pierre Werner, Luxembourg, in cooperation with PEACE LINE. Sponsored by the Foreign Ministry and supported by the German embassy in Luxembourg. 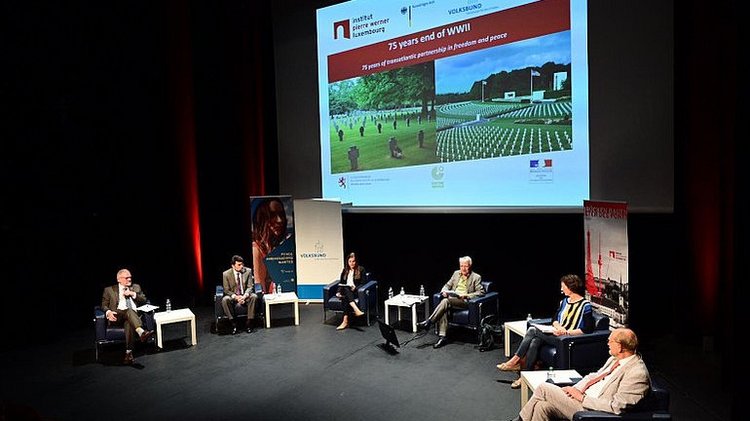