75th Anniversary of the Normandy Landings 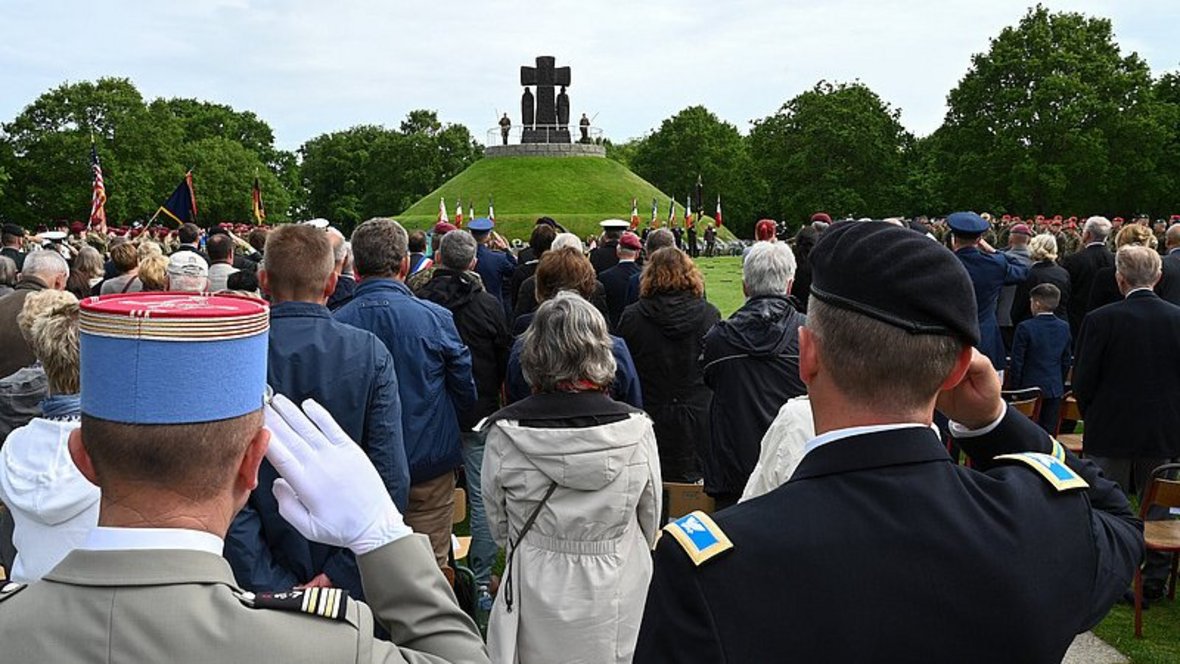 In the early hours of 6 June 1944, the sea could hardly be seen, so eyewitnesses remember. Thousands of landing boats and warships of the Western Allies were landing on sections of beach in Normandy. It was the largest amphibious operation of the Second World War and an important turning point in the conflict. On this day the liberation of France and Europe from the National Socialist occupation began.

The fierce battles claimed hundreds of thousands of lives. These were mainly soldiers of the belligerent nations but also almost 20,000 French civilians. The numerous war graves sites and military cemeteries still bear testimony to this today.

Seventy-five years later, political representatives of the relevant nations and military forces remember the dramatic incidents in numerous ceremonies at war graves sites, in churches and at the scene of the action itself. On 5 June the Volksbund hosted an event at the war graves site of La Cambe to commemorate the 75th anniversary of the historic landings. Over 21,000 German soldiers are buried there.

The ceremony, in which some 900 people took part, was opened by the mayor of La Cambe Bernard Lenice, who emphasised the importance of the war graves site of La Cambe as a place of remembrance and spoke of a growing number of visitors: “They enter our cemetery respectfully, pause for thought and grasp what a catastrophe a war like this, which shows mercy to no one, is.”

Boris Pistorius, the minister for home affairs and sport of the federal state of Lower Saxony, warned of the dangers of nationalism and populism, which, he claimed, are on the march again in many parts of Europe. “We must oppose this development decisively together. A united Europe is one of the greatest achievements of our time. For this reason we need a united Europe more than ever as a guarantor of peace.”

The ambassador of the Federal Republic of Germany to France, Dr. Nikolaus Meyer-Landrut, recalled German history, which is also reflected in the cemetery at La Cambe: “... We know the story of the German military personnel, from the ordinary soldier all the way to the war criminals and heroes of Nazi propaganda, buried here at La Cambe... .”

The problems inherent in German remembrance were formulated in his address by the President of the Volksbund Wolfgang Schneiderhan: “ (...) the Allies will be able to say tomorrow: ‘We honour our heroes, who fought and died for Europe’s freedom.” Remembrance on the German side is complicated. What can we say? The fallen German soldiers rest in foreign soil not because they came to the country as liberators but because they came as occupiers. To admit that the German soldiers in the Second World War were the instrument of a cold-blooded war of aggression and annihilation is tough (...). Reconciliation does not mean forgetting; it does not mean ‘drawing a line under things’; it does not mean hushing up the past. The prerequisite for reconciliation is that one faces up to the past and one’s responsibility...”. 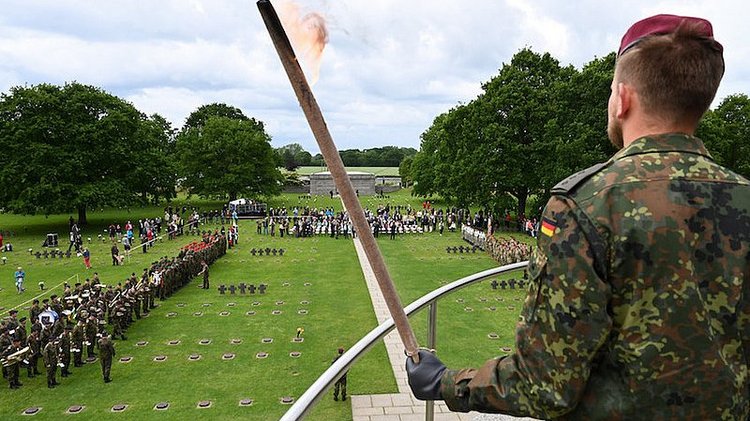